On Labor Day weekend, we took Emma to Bismarck for her first year at the University of Mary. The six-hour trek to Mary Hill is becoming more and more familiar: the wide open spaces, green hills and big skies, the sun and the wind…and that one stretch with the bugs splattering like rain on the windshield. The speed zone through Moorehead and Fargo. The bluffs by the James River.

It’s an easy six hour of driving, and it’s getting easier.

When we took Brendan for his first year, I likened the sensation to a taut wire from the back of my mind to him, constantly aware of his absence. When we took Gabe to NET, the feeling was a bit different: First he was just down the freeway in St. Paul, but then he was who-knows-where, living out of a van and crisscrossing state lines and time-zones.

Subsequent years it was better—easier—because they knew people. Faces unfamiliar to us spoke in smiling shorthand to them, and it was clear they were at home (a perception with its own bittersweetness).

But Emma is my daughter, my first girl-baby. And media and internet insist there is so much to be afraid of. And I was a freshman guy once.

Should I be worried?

END_OF_DOCUMENT_TOKEN_TO_BE_REPLACED

Earlier this week, our second son, Gabe, returned to NET Ministries for a third year, this time as a staff member and traveling team supervisor. When he graduated from high school, college wasn’t calling him; God was. We are blessed to live in a Catholic community with a history and large appetite for supporting such missionaries—the past two years he has been fully funded, enabling extra donations to flow to teammates and friends with less support. He has crisscrossed the state and much of the country, logging tens of thousands of miles on lots of prayer and little sleep, fueled by egg bakes and pizzas, sloppy joes and taco bars. He has shared the word of God, the love of Christ and the power of the Holy Spirit with thousands of middle- and high-schoolers.

He is doing what he loves, and he is good at it. You can get the low-down on the past two years and this year on his blog, Stand Against Goliath—click Mission Update 2020: A New Adventure.

Coronavirus brought him home early this spring, and we were glad to have him. He helped tremendously around the house, schooling his youngest sister, eight-year-old Lily; discovering new recipes and cooking several great meals; helping me get into the habit of praying the Liturgy of the Hours, and generally doing whatever we asked of him. END_OF_DOCUMENT_TOKEN_TO_BE_REPLACED

Originally published on The Net blog on the Saint Andrew Catholic Church and School website, September 5, 2018.

One of the other recurring themes during prayer at my silent retreat in Demontreville last month was scarcity versus abundance. This time of year—with summer winding down, school and activities ramping up, days getting noticeably shorter and cooler, and trees suddenly changing color—it’s easy to slip into a mentality of scarcity.

Not enough of me to go around.

Of course, when we are feeling stressed in this way, it is appropriate to turn to God in prayer for help—but when we start with a mentality of scarcity, it is easy to slip into a spirituality of scarcity, in which our prayer is focused on what we lack and forgetful of all that we have. We become anxious about the present, worried about the future, and instead of asking for the peace, patience, wisdom and perseverance to get through the present moment, we beg for relief or escape. END_OF_DOCUMENT_TOKEN_TO_BE_REPLACED 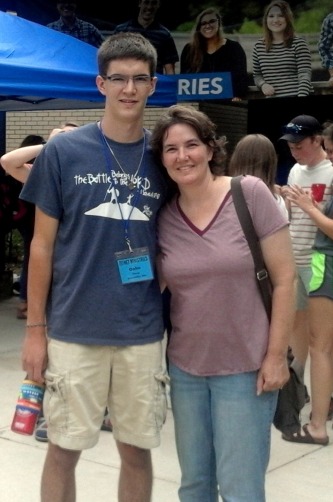 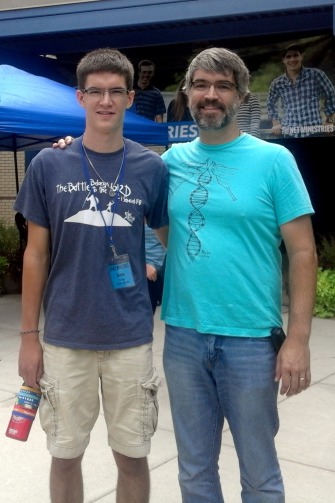 On the other hand, this time he is not coming home until Christmas and will be gone again until spring. And if he is chosen for a traveling team, as he hopes, he won’t be in any one place, but will live out of a suitcase, a van and a trailer, staying in strange homes in strange cities. END_OF_DOCUMENT_TOKEN_TO_BE_REPLACED